Remember those Magic Eye pics in the ‘90s where you had to overpower your instinct to focus in order to see an image hidden in an overall pattern? Well, phew! “Fuyuu” Op Art is totally different.

Here you simply focus on the center spot in the image. Move your head towards the image and the inner ring appears to rotate counter-clockwise while the outer ring appears to rotate clockwise! Move your head away, and the direction of rotation is reversed! Curiously, the faster you zoom in or out, the faster the rings rotate! Mind blowing, isn’t it?! 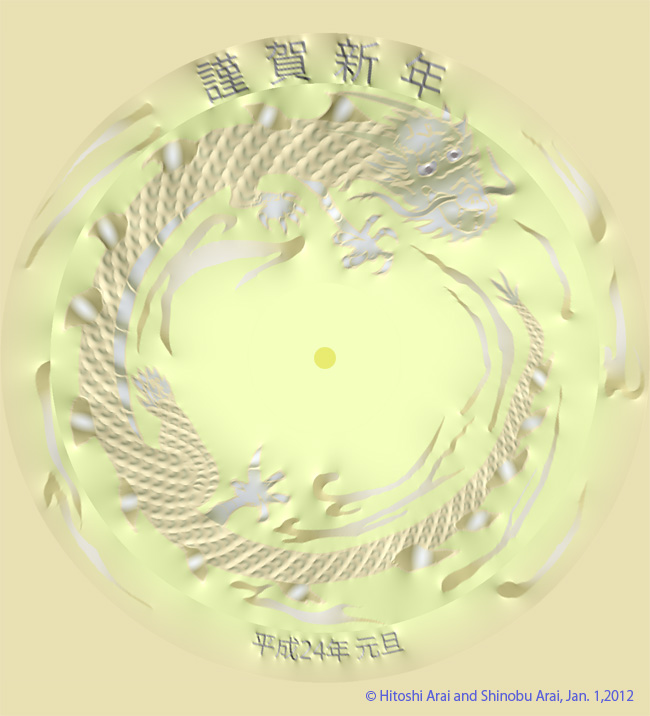 “Fuyuu” (which means “waft” or “float” in Japanese) is the latest creation of Mathematical Vision Scientists Hitoshi Arai and Shinobu Arai. Their algorithm – based on their neural model of visual information processing in the brain – can transform any pictures into motion illusions. Click the images below to enlarge them. 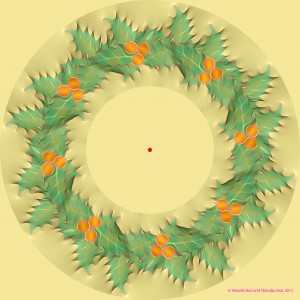 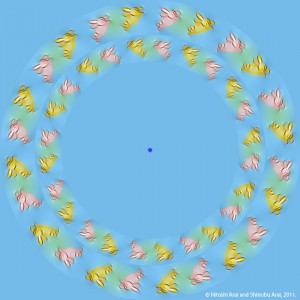 The scientists Arai offer a respectful bow to their simple-pattern predecessors, also from the 1990’s: Ouchi illusion, Pinna illusion, Gurnsey-Morgan illusion, and Kitaoka’s illusions. I’ll be sharing some of these phenomena in a future post. Send your faves and I’ll share those, too.