Morph-O-Scope:  A cylindrical mirror positioned on a twisted, morphed drawing. The mirror magically decodes the drawing and instantly reflects it as a recognizable picture.

How do I know what to choose?

All OOZ & OZ toys are considered gender neutral. All are made in America and tested child-safe. All may be reprinted for your own family’s or classroom’s use. You may search for toys by gender, age, price, subject and group size in the sidebar of any product page. 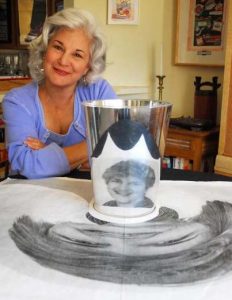 A born artist, inventor, and entrepreneur, Myrna Hoffman was organizing neighborhood carnivals for charity and earning the first of her many creative awards before the age of 11.

In 1989, she created a unique coloring activity to entertain children at her daughter’s 7th birthday party. The activity was based on “anamorphosis” – an ancient Chinese optical illusion amusement device that hides secret messages in plain sight. Anamorphoscopes use a curved mirror to re-form wacky morphed drawings magically into normal reflections. This ingenious concept had fascinated her for decades. Party guests, too, were so completely captivated by the brain-tickling fun that their amazed parents urged Ms. Hoffman to develop more mirror art educational toys and games. The following summer Ms. Hoffman founded OOZ & OZ. Her mission, ever since, has been to create timeless, ageless, gender neutral anamorphic toys and activities that surprise and delight and teach and challenge children, just enough.

Ms. Hoffman’s ingenious Circus Kit immediately won a Parents’ Choice Gold Doing & Learning Award.  That now-classic Circus Kit has since earned 19 additional top toy awards.  In 2009, Ms. Hoffman added another Kit – Sports of All Sorts – which is on its way to equaling its sibling – already winning 6 top toy honors, most recently an Academics’ Choice Brain Toy Award. There are also 3 cool Morph-O-Scopes Party Fun Packs, 4 charming Morph-O-Scopes Packets, and a great Morph-A-Month Subscription of download-and-print coloring pages. New this year – Pick a Morph by Subject. Download any morph and print it at home! (We mail you a mirror.) Plus lesson plans, enrichment, and kids’ art fundraisers. 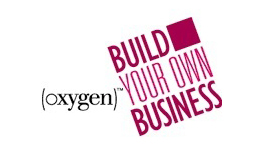 Oprah Winfrey‘s Oxygen Network named Ms. Hoffman a 2001 national winner of its “Build Your Own Business” Contest.  And in May 2004, Ms. Hoffman earned the SBA’s Entrepreneurial Success Award for Washington, D.C.’s Metropolitan District. She is profiled in From Indian Corn to Outer Space: Women Invent in America by Penny Showell as well as What Should I Do with the Rest of my Life? by Bruce Frankel. She now resides near her daughter in Seattle, Washington, where she is growing her line of brilliant family fun products.